The Red HOT Pen
Home Archives Profile Subscribe
Writing Assessment: Why are we doing this to our students?
Narratives of Negativity: When they obscure the positive

Why Visiting Craigslist Can Lead to a New Relationship

For the first, and only time in my life, I clicked around on Craigslist and ended up in a new love affair. The object of my affection is a two-year old parrot-like little bird with glossy green, red, and blue feathers, a Conure. I adopted him from a sweet little lady in Willis that lives in a bona-fide ‘tiny’ home. Her daughter and two grand-children were about to occupy the empty space in her front yard in a trailer, and this meant that she felt uncomfortable keeping the little bird with so much going on. I agree with PETA, birds are meant to fly and not climb around in cages, so I am happy that I adopted my feathered friend and didn’t buy. He should be able to live in good health for at least 18 more years, so that means he might actually outlive me if he doesn’t have an accident or illness.

His previous pet-parent explained that my bird takes a bath every day, and I felt skeptical about her claim until I saw his enthusiastic scrubbing in his cereal-bowl-sized, stainless bath tub. He started out by dipping his little neck and face, scrubbing and plucking, and then he jumped in and did a full body wash—he looked so serious and sweet splish-splashing around. I think he felt a little chill after bathing, sitting on his perch with his feathers all poofed out. He looked like a big feathery and glowing, dignified, green ball with a sense of pride and vanity. But then after drying a bit, he started jumping around and squawking like he always does. I carried his cage out to a sunny place on the porch, and he stood on his perch with his eyes closed just soaking in the sun like he was dreaming of some faraway beach or tropical paradise.

He has a name, but I haven’t been able to determine whether or not he is actually answering to it, but I do know that I’ve already spoiled him. He likes fruit and leafy greens, fresh. And if he doesn’t get his treats early in the morning he squawks and fusses at the top of his lungs. Sometimes at night he feels grumpy. His bedtime is early, by nine. Last night I tried to lure him out of his habitat and onto my hand, but he bit down on my finger as hard as he could, wiggling his jaw to make sure it hurt. I realized he was just tired and wanted me to leave him alone. He is adorable and sweet, and I couldn't have found a better relationship clicking around on Craigslist. But I'm not doing it again! 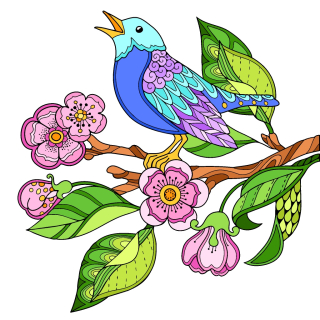