Falling down the stairs and jamming my foot under the metal bookcase reaffirmed my belief in my lack of grace and physical talent. The fact that I’m having trouble typing this proves I’ve been lazy about writing since I finished up grad school. The humiliating trip to Macy’s today for interview clothes did nothing for me except lower my self-esteem. When I read the news, I can’t decide what depresses me more, the dead immigrants washed along the shore of the Rio Grande, or the mestizo children without blankets, toys, toothpaste, or soap. Maybe the picture of the mountain lion in the LA Times hurts me because I know it will probably become extinct, a victim of my exhaust pipe and the electricity that I burn. Maybe I know that the immigrants are no luckier than the mountain lions. Maybe I know that my own luck is worn thin.

Years ago, a kind and clueless fellow traveler that I spent some of my valuable free time with suggested that I was depressed and that I might need some prescription pills to balance me out. If I took pills, he theorized, I wouldn’t get so upset about whatever it is that I sit around and read and think about. According to him, I could have more fun because I wouldn’t be so serious. I told him, while I was sitting amidst a large circle of newspapers and books, that the only thing that really depressed me was his lack of interest in anything important, letting the argument dwindle into the growing bank account of relationship resentment. A few days later, fueled by impatience and anger, I found myself walking away from my friend in the cold Saskatchewan winter dressed in little more than a short black dress and plastic boots, my knees shivering, but my lips mashed together in determined silence. As the cold wind slammed ice pellets into the bare skin of my neck and face, I vowed to never speak to him again; I never did. I walked past the parliament buildings, the ice rink, and piles of snow oblivious to my own watershed moment. Even though I felt alone and misunderstood, I felt like something important was imminent.

I pointed my nose back south some weeks later in search of something meaningful, and I never navigated north again. In other words, I became different because of my experience with triviality and my struggle against its temptations and misleading messages. I became an avid onlooker and less a flirtatious socialite. In fact, much of what had once meant something seemed to suddenly mean nothing. I looked back on the moments in my old life, the times when I thought I was standing up for something like family or friendships, and I realized I was just standing there by myself like some statue in a park. But even worse, I realized that even if everything in my reality was normal and happy, it could still ultimately lead to nothing.

My awareness of superficiality only deepens as world problems become more complex and out of control. Climate change is the watershed moment for everyone. If people refuse to join together in an effort to abate this catastrophe, then we will all be facing a collective version of our snowy night alone on a freezing street. The closed government buildings, the passing cars, the kissing couples dressed in furs, the scrunching of cheap plastic boots across an icy street, all of it will be the height of nothing. No one will be here to remember even one starry night of any of this. No one will be able to help us. 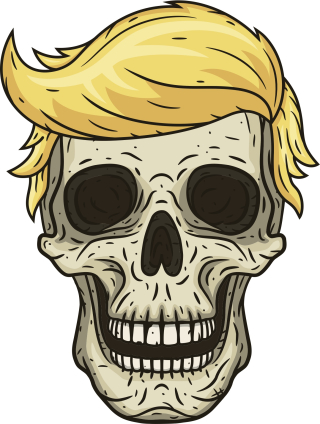