The Red HOT Pen
Home Archives Profile Subscribe
Dear Readers: Professional Development in the English Community! I Know you are Mesmerized 😃📚
Writing in High School: Why the Standards for Teachers and Students are too Low

Have you ever thought about what happens to a student, friend, colleague, or partner when you refuse to grant them a fresh start? What if we hauled our students into the principal’s office at the beginning of a fresh semester and reminded them of everything they had been accused of the year before? What if we did this to someone year after year? What happens when we continuously degrade a person even after time has passed, new facts have been substantiated, and old bullies and players have vanished from the scene?

My current students never thought about life in America after World War II, the simmering suspicions, the Red Scare, the liberal silence, and the Senate hearings that blacklisted writers, actors, and artists from their livelihoods. Unwilling to recognize that American power easily overwhelms fringe politics, conservatives clung to the horrific past and fixated on a worldwide Communist movement believing it would overtake democracy. Even after the most obviously innocent citizens were exonerated, many of them never recovered their reputations or lost incomes. They never recovered because they were never really given a fresh start. But my students, open minded and pure of heart, wrestle with persecution and ignorance on a daily basis, so they know something about the importance of a fresh start and its lasting effects.

By having them read the Crucible and compare it to McCarthyism, they are not only seeing how an artist can affect public policy, but they are also learning the value of a fresh start. They can see how petty grievances and gossip, jealousy and envy, and raw fear combine to create misconceptions and support lies. They can see how this form of finger-pointing indicates a lack of character and integrity that blossoms in a brain overstuffed with fear and silly, low-level thought processes. The Senate hearings differed little from the witch trials…a litany of hateful players, a lack of common sense, and a desire to indulge in cruelty is not acceptable in any business, school, or government. We all deserve a fresh start without prejudice. 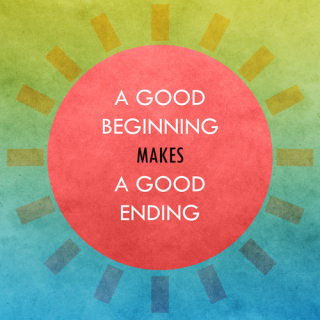