Maybe I shouldn’t try to equate my experience with that of the willfully isolated philosopher and writer, Henry David Thoreau, but lately I’ve been subjected to a person of similar qualities. As most Americans know, Thoreau spent most of his life roaming around the countryside writing and thinking. During his lifetime, his writing and thinking rituals interfered with his ability to support himself, so he depended on Ralph Waldo Emerson for not only friendship, but also for room and board. Emerson, a true intellectual in every regard, never held any moral influence over Thoreau. Emerson undoubtedly truly loved his friend, and that’s why we can all read Walden and learn something about Transcendentalism. Of course, my imaginary friend—I’m told all friends are ultimately imaginary—will always be an unnamed volunteer social outcast that could potentially become a meaningful member of society but prefers to sit atop a throne on a weedy hill and reflect angrily on all of humanity, except, for some remarkable and illogical reason, one insular and regressive geographical location consistently receives his high praise and adulation.

As I engaged with my friend, I took an opportunity to reflect upon my own bend toward Thoreauness, and I realized that my propensity for exclusivity paralleled in some strange and mysterious ways. I, too, matching breath for breath, handily critiqued society in all its foibles and abuses, and I denounced particular power structures that all Americans must share: the networks of healthcare; the lack of public services during a crisis; and the predictability of bland and unintelligent politicians. To say that we have much in common is a severe understatement of the highest order. Together, we enjoyed lively conversations about our shared experiences, our phrases and clauses mingling together in old and familiar ways like experienced lovers tangled in the sheets during a fearless night of physical and habitual lust. But that is where the commonalities and the habits abruptly came to a pronounced and ultimately bitter end.

The quarantine is over, and apparently, so am I. The truth blitzed its way into my consciousness on a warm sunny afternoon several weeks ago when my friend cut me off due to an in depth conversation with some “people” residing in this pristine, and perfect, geographical location. Curious about how such an isolationist can become transformed by a disembodied voice over 1400 miles away, a basically useless—dead-pan—voice that does nothing except squint into the stars and argue ridiculous ideas contorting them into ridiculous positions, I decided the whole significant adventure would entail a sad, dismal, and rain-infused, conclusion. The renewed relationship, in all its strength and glory, with flags waving and amber grain growing, in the end became prolonged and unhealthy, whimpering its way into a premature death. Now we can all mourn the loss of its beauty and amazing potential, the manuscript incomplete, the novel left unpublished.

This heartbreaking disaster, cruel and unjust, reminds me of something from Walden. In a discussion about “coats and breeches” Thoreau writes, “I have heard of a dog that barked at every stranger who approached his master’s premises with clothes on, but was easily quieted by a naked thief” (Economy 21). My friend, as you probably surmised, is a definite dog, leery of everything clothed in honesty but easily subjugated by the “naked thief.” All of this is extremely alarming because I know what fueled my outreach, and as much as I would like to have looked away from the disaster en route, I couldn’t. In the end, a quality life with truth and justice is dependent on our willingness to nurture each other with compassion and understanding. Naked thieves are not transcendental, nor do they share Emerson’s values and tolerance. Eventually, just as the nakedness suggests, the motives become obvious to everyone except the dog. 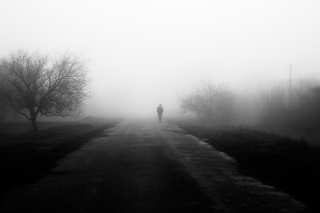