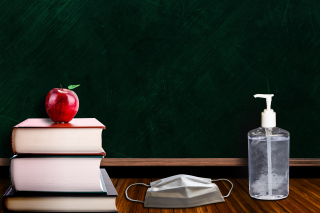 Henry David Thoreau and the Passing of Nature and Time

I'm tan. It's true. This is January, but I have a golden blush on my skin, and I'm worried.

Even though I live in a warm zone, I'm not supposed to look like I've been vacationing in Mexico, so my tan feels and looks unnatural to me. I don't mean Donald Trump orange, but I mean out of season, like wearing a floral boho dress in winter instead of plaid or muted colors. It's really worse than you think because I've been wearing shorts nearly every day for two weeks. Today was the first time I pulled on a warm sweater and leggings, the first time I've seen ice in my bird feeder, the first time I grabbed socks and not flip flops, the first time I made pumpkin spiced tea and pancakes.

My little dogs quietly snooze on their new Christmas fuzzy blankets, all peaceful and warm.

Henry David Thoreau, the poetic naturalist from the Transcendental movement, would certainly think a winter tan odd. And even though Transcendentalism faded away into the opulent glamour of the great Gilded Age, remnants of it hibernated within other more modern social and philosophical movements; and now, thanks to the pandemic, it seems reengineered into a full-blown revival.

Outside we go! Once again, elitist progressives become selfish of their leisure time, ponder and reflect on personal decisions and the meaning of life, reflect on brash behaviors, and attempt to make distance between the artificial and the natural. Elitist bigots, conservatives, and supremacists, engage in their own version of adverse Transcendentalism by "rolling coal" and "attempting a "coup d'etat." No matter what poison you ascribe to, conservative or progressive, Henry provides us all with a lesson on health and living well. He died at the age of forty-four of tuberculosis. As you know, tuberculosis continues to spread because no effective vaccine exists to eradicate it. Henry, from a young age, knew he was living with a disease that would end in suffering and death. He also knew his quality of life depended on him remaining physically active and out in the fresh air as much as possible. He appreciated the nurturing aspect of nature, and he accepted the cruel passage of time:

"In any weather, at any hour of the day or night, I have been anxious to improve the nick of time, and notch it on my stick too; to stand on the meeting of two eternities, for there are more secrets in my trade than in most men's, and yet not voluntarily kept, but inseparable from its very nature. I would gladly tell all that I know about it, and never paint "No Admittance" on my gate" (from Walden Economy).

However you interpret Thoreau, whether you appreciate him for his anger over injustice and slavery, whether you appreciate him for his loyalty to his beliefs and his love of nature, or whether you read him for his complex syntax and artistic descriptions, he certainly becomes more relevant with each passing year. As we journey into the Anthropocene, as we ride our planet into unknown territory, Thoreau's writings return us to a time when nature seemed on the verge of becoming predictable and possibly controllable. Darwin published after Thoreau, even though Thoreau seemed to already be aware of natural selection. The idea that the laws of nature were incontrovertible, that we, egotistical little humans, could harness this power like a work horse pulling a plow, is what got us into this ridiculous mess.

Instead of putting nature first, as the Transcendentalists attempted to do, we corrupted our own menagerie of systems. Not one natural system remains intact thanks to human activity. Until we accept our failure and begin to dramatically change our oppositional handling of nature, we will continue to get these winter tans. And, as you already know, unless you live in the Southern Hemisphere, a winter tan is out of season.