Thoughts on the Book Burning Crazies: Censorship in American Life 📚

A friend of mine recently theorized on the weird book burnings and bannings that are happening around the country, and all I want to say on the subject is that it is only a form of intimidation meant to conjure up images of Nazi boot lickers, and such, so that us open-minded sorts will become fearful. I would like to remind the white nationalist crowd that we live in the modern era where nothing can be erased. Even that embarrassing tweet or fakebook post that you authored several years ago is still out there in the great expansive internet lurking around, waiting to creep up on your dating profile or something. Think about Janurary 6th...how all of those nifty social media posts made it possible for some of you to do serious jail time. Deleting that from your profile didn't work all that well, did it?

Burning a book or banning it someplace is a tremendous waste of your time and energy. Something so stupid and pointless hurts your image and makes you look like a fool. It really is a sidecar issue because as soon as you make a book a point of controversy, people trample each other to go buy a copy. But out of respect for my friend, I will post her thoughts on the subject. I would like to add that getting any of these fanatics to do any actual work, like writing a book report or something, is not going to happen. If they had literacy skills, they wouldn’t feel any desire to suppress any books:

So, I'm wondering, if it would be helpful to require a book report be submitted along with the complaint on a said book before its being pulled from a library shelf or educational curriculum. Maybe requiring an item be read before being cancelled would cut down on the growing epidemic of book burning that is sparking across this country. At worst, the book burning devotee might actually learn something if required to read the very novel they are striving to stifle.

Just saying that I'm becoming more and more suspicious that some of the authors of these book banning lists can neither read nor write but can only cut and paste.

On the positive side, Gandhi tells us that you cannot destroy an idea.

What this country needs is another Kirk Douglas, Dalton Trumbo, and a return of the rule of law to come in and save us from the jackbooted crazies.

My dog barks a whole lot, and it is a kind of game for him. I think the same thing is happening with a bunch of these school boards and such, everyone is after power and wants to tell the teacher what to do. They are much like the dog though, just barking and accomplishing absolutely nothing beyond looking foolish. Our children experience things two ways: vicariously and in real-life. Which do you prefer? One way or another, they are going to indulge in these happenings. I prefer to see my students experience the negatives in life vicariously, and that is why we read certain texts. Watching someone make bad decisions in a great book is much better than going out blindly and doing it yourself. Think about it. 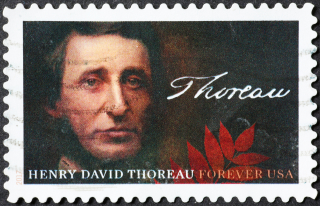