Negativity and Loneliness? Let me suggest finding a job 📚

Whenever I look to find meaning in my life, I not only access my spiritual side, but I also think about the wonderful work that I do everyday. All of my life, I've been an employed person, sometimes more than one job at once. I think of my current career (teaching) as a way of helping young people meet their college goals. I not only help them to write and read critically, but I also do the hard work to help them make choices. Most of all I encourage my students to not waste time. What, if at the end of your life, you felt an empty and overwhelming sense of regret because you failed to help the people that needed you? What if you had something to offer society, but you sat at home and did nothing but complain?

Some people become so negative and lost that they lose any sense of everyday reality. Self entitlement and anger can bring on an aversion to the ordinary sounds of life. A running car engine, a misfire, barking dogs, and chirping birds, the sounds of children playing and screaming in joy, all of this pushes the aimless and unemployed into a senseless rage. A severe disability sometimes develops, misophonia. Misophonia usually begins in childhood, usually in girls, and can cause severe reactions and irritability that can result in abusive, fit-throwing, pathological behaviors.

My old neighbor experienced this empty and erratic behavior firsthand from a comfortable position on his living room couch. Suddenly, midafternoon, a bedraggled woman frantically burst into his apartment and screamed directly into his face, "I'm from the HOA board, and I'm doing a dog-bark- investigation"! Justin held the couch position a bit too shocked to really move or stand up, and managed to mutter a brief, "Oh." The unwelcome woman hurried past him to the back door of his apartment, and tapped angrily on the window causing her wrist decorated in junk jewelry to loudly jangle. Justin's dog jumped up and started barking. "That's it! That's the dog right there"! The frantic yelling and screaming caused the dog to bark and claw at the back door. Justin gathered his senses, shook off the shock, and scrambled to his feet. "Of course," he politely said, "if a strange person is standing in the house tapping the window, the dog is going to go crazy"!

Barking dogs on beautiful South Texas days sound normal, like mall music on an outdoor ice rink. Children and Harley motorcycles, the birds in the trees, the sounds of sirens and traffic, all of these noises of life are no reason to act erratic. The negativity, the boredom, the loneliness, confuses the idle brain. Dogs barking, kids playing, adults starting their cars, people talking, all of this drives the empty and the "voluntarily unemployable" into a deep and dark rage. Nothing is too low for the negative and lonely. Sometimes they engage in conspiracy theories, misuse the authorities, and send out hateful mail. They may vandalize the property of the people that they imagine are too noisy, poison or torture animals, or even physically assault someone.

But all they really need to do is find a purpose in life. Find some cause to contribute to. Find meaningful employment. Find a way out of the neighborhood.

I crossed paths with such a person, and my experience caused me to notice that she wrote hateful diatribes about homeless people. She would post her complaints while suggesting something about politics and her own self-entitled sense of privilege. Later, she moved on to complain about cats. She was feeding cats at her door and finding cats out at restaurants, and so on. Her posts about the cats caused me to fear for them. Even though an average person, not well acquainted with the situation, would probably read nothing into her commentary, I found an implied threat lurking between the lines.

One piece of advice that I always give my students is to never do something that you think you might regret in five years. You never know what kind of shame you might be forced to carry around if you do something stupid in the moment. Your mind will change and grow, but the consequences of what you did may linger forever. Even if no one discovers your stupidity, you will be forced to live with it. If you've wasted the most productive years of your life doing nothing, then that will come back at sunset for you to remember. You will wonder what you could have done to help people had you tried. 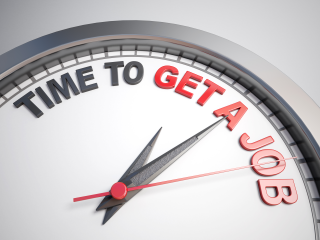