When I think of a "real" man, I imagine a figure that forgives and evolves fearlessly, that carefully chooses the battles that define his character, framing his life in a positive light, while refusing to punish or overpower someone in a weak and harmless position. Real men protect their own legacies.

I recently ventured out, by invitation, to an event in an Austin bar and immediately felt a sense of overwhelming negativity. The first fake man refused to tell me the location of the ladies room even though he is clearly employed there as a full time sound technician. The fact that he felt comfortable treating a strange woman in a rude and hateful manner set the tone for the rest of the evening.

Even more awful, a bassist from another band, a band that didn't appear to have a show at this location on that night, hustled up to my rescue dog, without warning or hesitation, and received a well-deserved nip and growl. Most people, even without much understanding of animals, typically ask before they thrust their fingers into the mouth of a growling canine, but not this dude.

He then proceeded to stomp about the place, craning his neck and eyeballs around to give me glares, so I asked one of the attendees if they thought the guy looked mad or crazy, or if it was possibly my imagination. Within less than a minute of me making the inquiry, before we even had time to walk away to the patio or escape our position from behind the merchandise table, he came over and rudely called me an asshole.

This is just a man having a little fit because he realized how dumb it was to suddenly bounce up and fling his arm down to a strange animal. He felt somehow insulted by the hapless dog, tender feelings of misplaced manhood welled up in his shriveled little heart; women like me that hang around with dogs, we are the enemy.

Things became significantly worse when I tried to leave this "establishment" with a bottle of water. Another fake man stopped me at the gate, not 10 feet from my parked convertible, and demanded the "open container." I argued back that it was just water, and he tried to physically relieve me of my completely alcohol free bottle of water, water that I really needed due to the hot and steamy weather.

By this time I realized that I was fuming, so I let him have my water. I demanded to see the owner or manager, and lo and behold, another fake man appears. I will leave this encounter to your imagination.

The fake man problem persisted throughout the week. One evening while out walking with dogs, I noticed a stench in the air and water running down the curb. I instantly became alarmed because our community is having some sewage problems due to a big apartment building newly constructed. On the porch near the stench, sits another fake man, sucking on a bourbon and smoking on a cigarette. This particular specimen is a product of Pakistan, but he does not follow the teachings of Mohammed in any manner or style. He is the opposite of what Mohammed would expect in a man.

I told him I wanted a "second opinion" on the stench and the sewage running down the curb before I alerted the property management team. He proceeded to rhetorically mansplain, a dirty habit of his that he seems reluctant to eschew. He also rudely refused to rise off his seat and carry his bourbon and smoke the 25 feet to the suspicious smelly water. He is one of our board members.

I am potentially the target of a fake man in my professional life. I say potential because the threat is not currently present and hopefully it will remain so; however, this particular fake man wrote a scathing email to me many years ago that I received while visiting many miles from my home. The email was so cruel and vindictive in nature that I immediately became upset and needed to leave. I could hardly drive safely.

These specific examples in my actual life do not include men like Donald Trump or Greg Abbott. But women every day are reminded of the evil of a fake man whether they want to think about it or not. We are inundated with poor male examples day in and day out; politics is overrun with fake men, think Ted Cruz. But on the other hand, we have excellent examples of real men, think Volodymyr Zelenskyy. And then just when you feel as if you can close the issue, Volodymyr is offset by the cowardice of Putin.

If this simple writing contained a call to action, I would ask men to get it together. Think of how you look when you do stupid stuff, whether you invade a country or call a strange woman an epithet, you are not exhibiting the qualities of manhood. You are part of the problem. 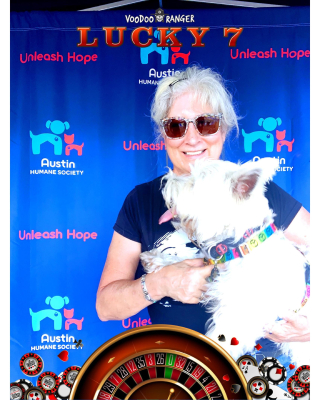