In this installment of my favorite cat lady tails, night animals collaborate to keep a human awake in the deep of the night. Something similar to the following story happened to me the night before last when I mistakenly left the doggie door open all night, and Bill ventured out and was unable to hoist his fat self back into the house. I stumbled out of bed and down the stairs to open the door for him because he was barking his head off, and then I tossed in bed all night thinking about my various lives: the struggling new personal life that means more to me than anything; the struggling work life that is causing me to experience different layers of burnout; the struggling financial life that whirls around the credit universe in a long series of minus signs; and, of course, the never-ending parental worries about my struggling musical artist that lives in a sort of artist camp with a bunch of other artist types.

And of course, all of us are worried about Covid disease; I know we need to divert from this horror and weirdness as much as possible. The stories that independent writers produce are valuable in this regard because they provide moments of peace by temporarily moving us into a different realm free of disease and chaos while we safely wait out a viable solution for our return to normal life. Anyone currently suffering from Covid disease has our sympathy. I would like to introduce another such story from my favorite indie writer.

This story won a flash fiction prize, and, no, it is not mine.

Stranger in the Night

Leaving my parliament of night owls on their own recognizance—for some reason, a group of owls is not called a “congress”, but that is another story-- I hit the bed early, hoping to catch up on some much-needed rest. I toss. I turn. All goes blank. I must have fallen asleep because out of the blissful quiet, in the middle of the peaceful night, a teeny-tiny voice at the foot of my bed politely asks:

“Go away,” I command. Refusing to obey the Siamese Tom, who clearly has a job for me to do, I settle back down to more peaceful slumbering. All is silent--even my inner monologue has fallen still, until:

“Go away. I am asleep!” I say, raising the amplitude of my voice to equal the insistence of his cattery demands.

This cat must be the reincarnation of the hideous, Dr. Mengele, who is obviously alive and well and conducting sleep deprivation experiments on me. I muse before I lapse into waiting for Cat- Mengele to rouse me again. His extreme patience pays off. Just after my breathing becomes regular and deep and I am nodding off, I hear:

This time the caterwauling falls right into my ear. Are those notes” D” followed by “F” in the key of C? Even if it is the middle of the night, I would know if I had perfect pitch! I may be a music lover but I have had enough.

“Get! Get! Get the hell out of here!” I roar, jumping out of the bed and chasing Siamese-Mengele out the bedroom door. Bam, the door slams. No need to fear waking the hoot owls, they never ever sleep.

I return to my bed and sweet repose until a laughing child’s voice inquires, “Are you okay?” “He was yodeling in my ear.”
“Dad says you were impressive!”
“You mean you could hear me?”

Suddenly, I realize that my throat hurts. I yelled at the cat one full octave below my normal speaking voice. Damned cat! Now, I have throat nodules! My conscious collapses into a tiny purple painful asterick in the center of my skull, where it pounds relentlessly until I can no

I glance at the alarm clock. The time is 2:30 A.M. I rise to find the hoot owls congregating over a bowl of salty snacks, dried mangoes, and assorted nuts. I guess, the cat was howling mad because he didn’t get his share!

“Where is Siamese-Mengele?” I inquire of the youngest owl. “Hiding under the table with PTSD,” the eldest owl growls.

I join the snacking parliament then return to bed. Suddenly, from next door comes the anguished howls of the abandoned Pit Bull, Ruger, who must have starred in Norman’s production of “Hounds of The Baskervilles”. Oh God, I whine. It has started again! 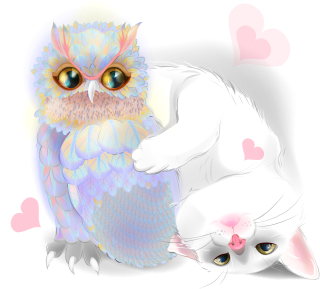 Last night we loaded up the bike, the dogs, and the dog trailer and headed over to Houston for the big Moonlight Ramble. We met up with hundreds of other cyclists at Saint Arnold's Brewery for a costume and bike contest, and then we hit the road at midnight on the most challenging ride ever! It was challenging for me because I haven't been training, and dragging Bill and Bob in the trailer added at least 50 pounds to my load.

We went up and down a few freeway interchanges and I literally thought I had downshifted to the last gear on a couple of hills. Other people zoomed by me as I struggled to pedal my load of dogs up the hill, and I was starting to worry about my Trek bike since I haven't taken it in for a service in at least a year. We made it through the rough part, at least initially--but not everyone. Some lady on a pink street bike with lights blinking all over the wheels wiped out right in front of me and went over the curb divider on one of those little uphill struggles.

I hated to see that, but not as much as I hated to see those little hills. Last year was literally the easiest ride ever, level road, and it was a short ride too, only about 10 miles. This year was quite the workout...I rode 16 miles in 1 hour and 40 minutes and that includes a break at Houston Community College.

I did get behind the main group of riders, and I did decide to take the short route. The short route and losing sight of my fellow cyclists meant that I actually got lost on the way back. This not only added distance to my ride, but it also added a ton of anxiety. I was somewhere on Canal Street in an unfamiliar area, and literally nobody was around except one other lost cyclist dressed in a skeleton mask and a creepy white onesie.

I never did get back on the right route because I couldn't keep up with the guy in the skeleton mask because of the dog trailer. I ended up running into one of the ride organizers on Jensen Street and he told me how to get back to Saint Arnold's Brewery. He politely told me what to do, but I felt like he was secretly amused by my predicament. 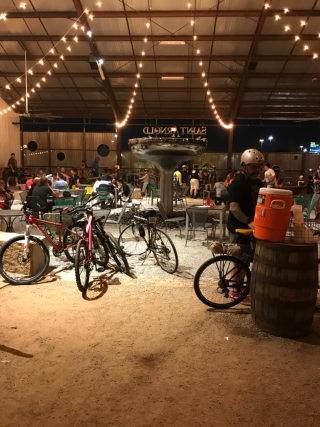 The Wonderful Beer Garden at Saint Arnold's! They really welcomed us with red carpet service! Such a cute, scary couple! ❤️👻

I really wasn't going to go to last night's Moonlight Ramble, but my son and his friend volunteered to help me with all of the equipment and the dogs, and they scolded me for "being bummed out." I am so lucky to have such wonderful young people in my life--they grabbed their skateboards, and away we went. It was a fun night that I will never forget! Thank you Houston! 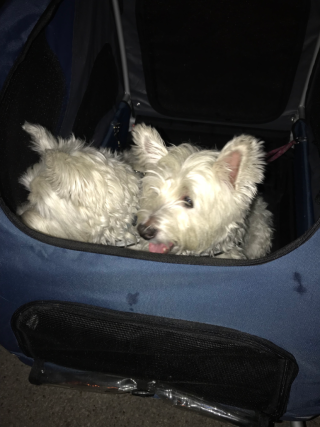 Bob and Bill waiting to ride! 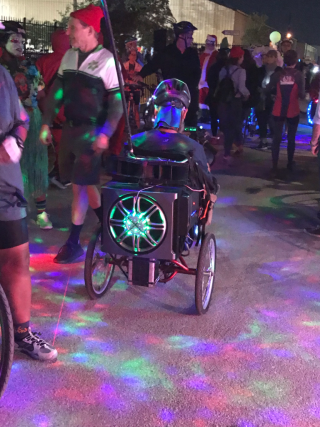 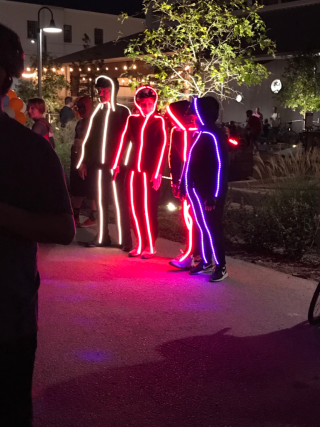 I'm not sure, but I think this group won a costume prize!

Tonight I want to feature our doggy friend Preston. He speaks from his Twitter pages about events he attends with his pet parents. Preston is a jet-setter, (he just flew into Pittsburg, PA) an author, a public relations expert, and a good friend to other dogs around the world. Not only that, but Preston is just plain old handsome, and sweet. He wants to help others and spread his views about the world.

He and his pet parents are all geared up for the pet expo in Steel City. I am sure they will have a wonderful time, and Preston will update us on all of the family activities. Make sure you click on @Preston_Speaks and support him at the pet expo.

Remember, as humans we can only imagine how amazing we are to our dogs. Preston definitely has a message beyond his marketing and public relations skills. He wants us to treat our animals with dignity, and give them some comfort and happiness before their short lives are over.

Posted with Blogsy by redhotpen